Certain she’s seen more than enough death for one lifetime, literary agent Allie Cobb is ready to close the book on her amateur sleuthing, even when she learns that an unidentified body has been unearthed in a local state park.

But when a worn and haunted-looking woman shows up on her doorstep with a grim story about her young daughter’s disappearance twenty years ago—and the police confirm that the recently discovered body is hers—Allie can’t bear to turn the poor woman away.

Determined to uncover the truth about the young woman’s murder, Allie begins delving into the circumstances of her life and those she knew so many years before. And when she meets powerful resistance from those she questions—many of whom are now trusted leaders in her small, tight-knit community—she’s sure she’s on the right track. But as she narrows down the list of suspects, Allie realizes too late that a cold-blooded killer is dead-set on keeping the secrets of the past buried, and it will take all her wit and cunning to avoid becoming the second young woman to meet an untimely end . . . 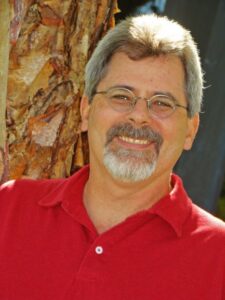 J.C. Kenney is the Amazon and Kobo bestselling author of The Allie Cobb Mysteries. His debut, A Literal Mess, was a finalist for a Muse Medallion from the Cat Writers’ Association in mystery fiction. His latest mystery, A Deadly Discovery, was published in January 2021. When he’s not writing, you can find him following IndyCar racing or listening to music. He lives in Indianapolis with his wife, two children, and a cat.