Everyone wanted her dead…but who actually killed her?

The last thing swimwear sales exec Holly Schlivnik expected was to discover ruthless buying office big wig Bunny Frank’s corpse trussed up like a Thanksgiving turkey with a bikini stuffed down her throat.

When Holly’s colleague is arrested for Bunny’s murder, the wise-cracking, irreverent amateur sleuth jumps into action to find the real killer. Nothing turns out the way Holly thinks it will as she matches wits with a wily murderer hellbent for revenge. 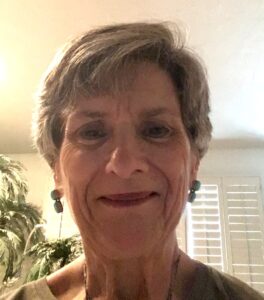 Born in the Big Apple, Susie Black now calls sunny Southern California home. Like the protagonist in her Holly Swimsuit Mystery Series, Susie is a successful apparel sales executive. Susie began telling stories as soon as she learned to talk. Now she’s telling all the stories from her garment industry experiences in humorous mysteries.

She reads, writes, and speaks Spanish, albeit with an accent that sounds like Mildred from Michigan went on a Mexican vacation and is trying to fit in with the locals. Since life without pizza and ice cream as her core food groups wouldn’t be worth living, she’s a dedicated walker to keep her girlish figure. A voracious reader, she’s also an avid stamp collector. Susie lives with a highly intelligent man and has one incredibly brainy but smart-aleck adult son who inexplicably blames his sarcasm on an inherited genetic defect.