Denny McConnell, PI, puts his engineering skills to use, when he becomes entangled in a bitter family feud that includes murder and mayhem. Someone is stealing the land and oil under it from his client, a young woman. He has to stay alive long enough to untangle this deadly conspiracy.

Wendy Axtell is suing her cousins over a strip of land and the oil rights under the land. Denny was hired to trace the ranch’s history back to when it was first settled. Driving back to Dallas with reams of paper, he is run off the highway at an overpass. Several days later attempted murder becomes murder when Wendy’s husband is killed. Denny must put an end to murder and find out who owns the land and hence the minerals under it. Millions are involved. 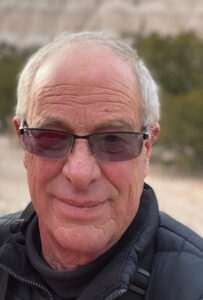 Kent Swarts is a retired aerospace engineer and amateur astronomer. He edited the astronomy club’s newsletter for fifteen years when he retired from that as well. He now writes mysteries, science fiction, & books for middle grade and young adult. Whether the storyline deals with scoundrels, magic, or animals, each story carries the reader into a world filled with hope, angst, love, and sinister antagonists.

He has short stories published in four anthologies, and has three Denny McConnell mysteries published by Evolved Publishing. He lives in Waco, TX.

One thought on “Kent Swarts: A Family Feud Texas Style”