A FATAL FIRST NIGHT, the second outing of Gilded Age diva Ella Shane, an Irish-Jewish orphan who found fame and fortune singing male “trouser” roles, opens with a murder in basso Albert Reuter’s dressing room after the New York premiere of her new production. Ella and friends aren’t at all sure about their colleague’s guilt, even though it seems obvious. Meanwhile, newspaper reporter Hetty MacNaughten has finally escaped hats to cover a sensational murder trial. Then, Ella’s beau, the Duke, shows up, with more than romance on his mind. Before it’s over, the cast will have to sort out several interlocking mysteries, welcome an unexpected visitor…and find another Richard III. Will everyone survive to the final curtain? 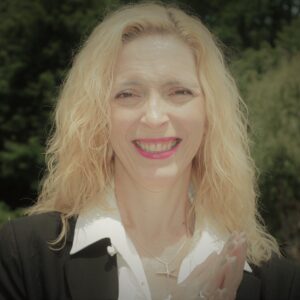 Kathleen Marple Kalb grew up in front of a microphone, and a keyboard. She’s now a weekend morning anchor at 1010 WINS New York, capping a career begun as a teenage DJ in Brookville, Pennsylvania. She worked her way up through newsrooms in Pittsburgh, Vermont and Connecticut, developing her skills and a deep and abiding distaste for snowstorms. While she wrote her first (thankfully unpublished) historical novel at age sixteen, fiction was firmly in the past until her son started kindergarten and she tried again. She, her husband the Professor, and their son the Imp, live in a Connecticut house owned by their cat.