Harry the Wonder Cat
The Jamaican Mission
Buy for $9.97

Everyone who knows anything about cats, knows they are mysterious, and none more so than Harry the Wonder Cat.

Harry was granted supernatural powers after initially being summoned by the Cat King 200 years ago. One of those powers is that he will live forever as part of his responsibility to care for the first-born Johnson in every generation.

Harry has been keeping close tabs on his current charge, Nikki Johnson, since she became the latest in the line of Johnsons under his care. This transition occurred only months before, following the 2019 Christmastime murder of her beloved Aunt Lynn in an attempt to steal the Pink Diamond she was believed to own. Thankfully, Harry and his cat gang were able to work together to solve the mystery, which was no small feat.

In Harry the Wonder Cat: The Jamaican Mission, Harry is back in action after receiving another special assignment from the Cat King. He has been tasked with finding out who killed Marianne Johnson in 1929. At that time, Marianne had just gotten married in Jamaica to Nikki’s Great Uncle Frank, Harry’s then charge in the line of the Johnson family.

Following Marianne’s death on their honeymoon, Frank spent the rest of his life trying to solve the mystery as to who killed her. Now he is unable to be at rest and needs Harry’s help, since he has the limitations brought on by being a ghost. To accomplish this mission, Harry needs to go back to the Hailey House B&B where Marianne died.

Using his powers, and the cunning of his cat gang, he convinces Nikki, and her friend and housemate Heather, to vacation in Jamaica. Once there, Harry rounds up some Jamaican cats–and even a dog gets involved–to help him solve the mystery. The leader of the beach cat gang is a beautiful petite cat named Luna, who may be the solution to more than one mystery. 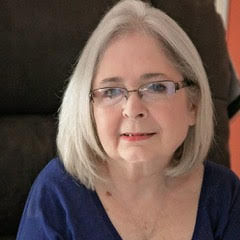 Denise Brixey grew up in the San Francisco Bay area, where she studied writing. During her many years of living in a big city from birth into adulthood, she had more than her share of challenges. When she left the big city life to move up to a small town in the Gold Country, Denise volunteered at a cat rescue. She soon discovered that, while she was working to save them, it was she who was magically being rescued by the cats!

Felines have been a meaningful part of Denise’s world ever since: starring in blogs, social media pages, and currently, her new book series. Although he’s been physically absent for years, the original Harry, a.k.a. Monkeyface, continues to magically impact her life through his teleportation that continues to fuel Denise’s passion for writing and love for her cats. Harry will live forever, so Denise started her series, Harry, the Wonder Cat, to share all his antics and spread meaning and joy to the lives of readers.