In Book 1 of the Botanic Hill Detectives Mysteries series, four modern-day teen sleuths take on ancient Egypt and those intent on stopping their investigation. . . .

Their exciting mission? To find the urn and its real thief, bring the criminal to justice, and exonerate Dr. Thornsley so his spotless reputation can be restored.

A roomful of venomous snakes, the poisoned Egyptian pond, and Dragon Pit Man are just a few of the tests awaiting the four tech-savvy teenagers. As the detectives begin to unravel the sinister plot, the mystery takes a dangerous turn.

Answers are at their fingertips—if they can only convince their parents to let them solve the case. 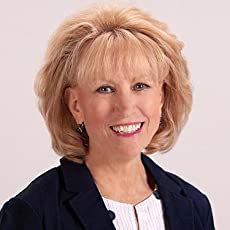 Sherrill Joseph will be forever inspired by her beautiful students in the San Diego public schools where she taught for thirty-five years before retiring and becoming a published author.

She has peopled and themed her mysteries with characters of various abilities, races, cultures, and interests, strongly believing that children need to find themselves but also others unlike themselves in books if all are to become tolerant, anti-racist world citizens.

The author patterned her detectives after her fifth graders and young twin cousins to be mature, smart, polite role models for her readers.

Like her detective character Rani Kumar, Sherrill is a lexical-gustatory synesthete. She is a native San Diegan where she lives with her adorable poodle-bichon rescue, Jimmy Lambchop. Her other loves include her daughter, son-in-law, granddaughter, dark chocolate, popcorn, old movies, purple, and daisies. Having never lived in a two-story house, she is naturally fascinated by staircases.

Sherrill is a member of SCBWI and the Authors Guild and promise many more adventures with the squad to come!