A psychic, a fashion gala and the death of a runway model.

For the past three years, Rosa de los Reyes, owner of Rosa’s Boutique, has organized the fashion show gala on Colten Island. This year, things are getting a little heated and quite deadly.

Rosa not only needs to use her psychic abilities but also needs to tap into the gossip at La Misteriosa, the Cuban Café owned by her Nana (abuela), to figure out who killed one of the models before the event has even started. To make matters worse, another dead body turns up, and in the middle of all this is an international smuggling operation that is underway.

The closer Rosa and her spirit guide, Raul, get to finding the truth, the stickier the situation gets as they race against time to stop the killer from striking again and stopping the crooks from getting away. 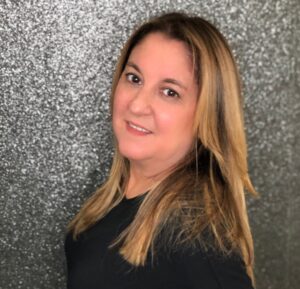 For the longest time, Ileana Muñoz-Renfroe wanted to be an author. Almost twenty years later, and after raising two children and owning numerous businesses, she decided to take the plunge.

About a year ago, as she sat in a Café in Paris, the idea of Rosa popped into her head, and the stories and characters became real. Since two of her passions are the paranormal and high-end fashion, she found a way to combine them and created Rosa The Cuban Psychic Mysteries. This series brings together her Cuban and American culture to make for a fun cozy mystery story. This is her debut novel.

She is hard at work on writing a spin-off to Rosa The Cuban Psychic Mysteries and a brand-new series involving the character Candeedo Brewdinkle.

When she is not writing, she enjoys traveling, reading, entertaining, and listening to music.