Abigail Jane: The Symptoms of Drowning

The Symptoms of Drowning
(Non-Cozy Book)

An intimate, personal memoir full of powerful stories that show a glimpse into what it is like to need to stay silent.

“There was such a great distance of water between us. An ocean made up entirely of judgment and misunderstanding. Ignorance and selfishness. And I was drowning in it. “

Abigail had been struggling for as long as she could remember. Struggling to understand why she had been slowly drowning in silence from the inside out. All the while acting as though nothing was wrong. Why she felt all of these feelings when she had always been made to feel as though there was no reason for her unhappiness. No reason for her to feel hurt and neglected.

She had to go on a journey of self-exploration a journey of peeling herself apart to reveal secrets that she had always kept buried safely out of sight. Having to question herself and her actions as well as the actions of those around her. Viewing her life through fresh eyes in order to see what the reality was rather than what she had always been told was normal. Finally allowing herself to see the impact that other actions had on her. And how utterly broken she had become in her endeavors to keep everything hidden.

Having to confront how utterly alone she had become and how silently she had fallen into the shadows in order to keep her secrets hidden.

Having to confront all of the feelings of depression, neglect and rejection that she had refused to see for years.

Abigail’s journey isn’t just about what she has gone through or how she has gotten through it. Her story is about coming to term and seeing things for what they are. It is about forgiveness of others and herself and learning how to continue on with life even after it has fallen apart. How to tear down walls and replace them with boundaries in order to let people in while removing toxic people from her life.

A journey of learning who she is at the core and finding herself and her voice. Of reclaiming her value and helping others to know that they can do the same. In the hopes that this can be one of the inspiring books for women to help them reclaim their voice. 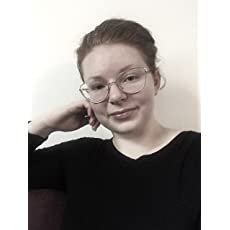 Abigail Jane is a freelance writer by day and a novel writer by night. Her love of writing took place in high school and seemed to take off with wings since then. Some of her greatest passions in life include animals of all kinds, creating fictional characters in her mind that never make it to the page and spending long amounts of time all by herself. Gleefully teaching herself new hobbies and broadening her horizons. Though Abigail’s writing tends to lean more towards the emotional and serious side she survives mainly off of her sense of humor.